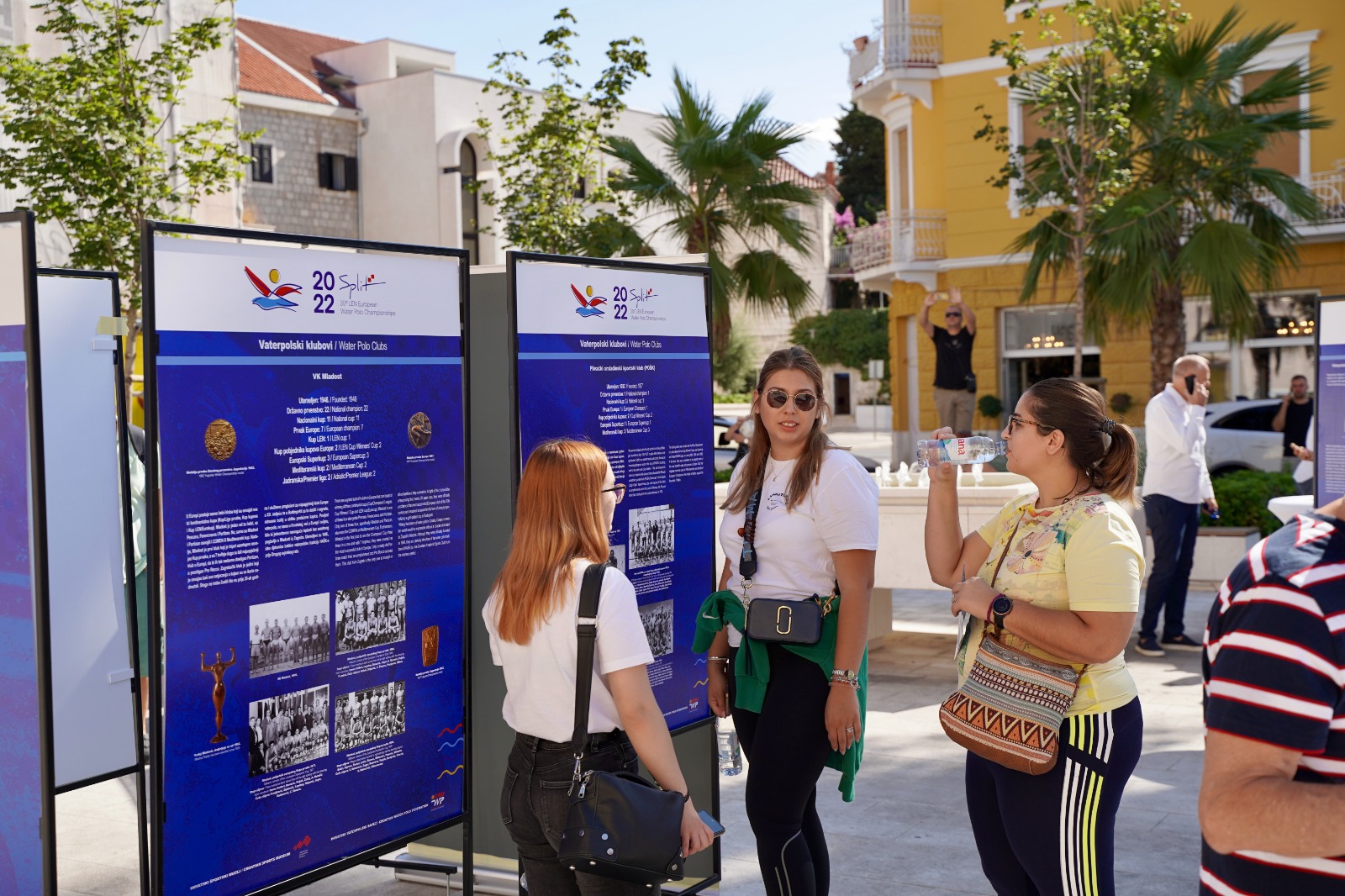 “We are proud of the fact that water polo is the oldest Olympic sport, with football. We are also proud of the fact that water polo has given a whole range of top athletes and a number of medals and the very fact that it has been actively played in Croatia for 114 years, makes us really happy and proud. We came up with the idea in collaboration with the Croatian Sports Museum, to give additional cultural, social and entertainment activities to all citizens of Split, Dalmatia, and all tourists during these 15 days of the European Championship,” said Renato Živković, Secretary General of the Croatian Water polo Federation and executive director of the EC Organizing Committee.

“This is a great moment to showcase the rich history of Croatian water polo, the most successful team sport in Croatia. The exhibition is quite instructive and educational and will show beautiful memories and the long tradition that water polo has in Croatia. In particular, I would especially like to point out the first match in Split on Bačvice beach, which was played by Prague students at the initiative of Fabian Kaliterna. If you look through the exhibition, you will see how successful water polo is, how successful athletes and coaches are at the national and international level and I think this exhibition will show how important sport is,” commented Danira Bilić, director of the Croatian Sports Museum.

Considering that Split is the cradle of Croatian water polo, where the first water polo match was played at Bačvice back in 1908, there is no doubt that this Dalmatian pearl is an ideal host for all European water polo players. In addition to the numerous sports greats it has produced, Split is ready for another international, top sporting event from August 27 to September 10, 2022. The artworks will be exhibited in the center of Split, but also in the Water Town in front of the Spaladium Arena and are the best indicator of the rich and successful path of Croatian water polo. Therefore, “swim” with the exhibition because it is a real hit.