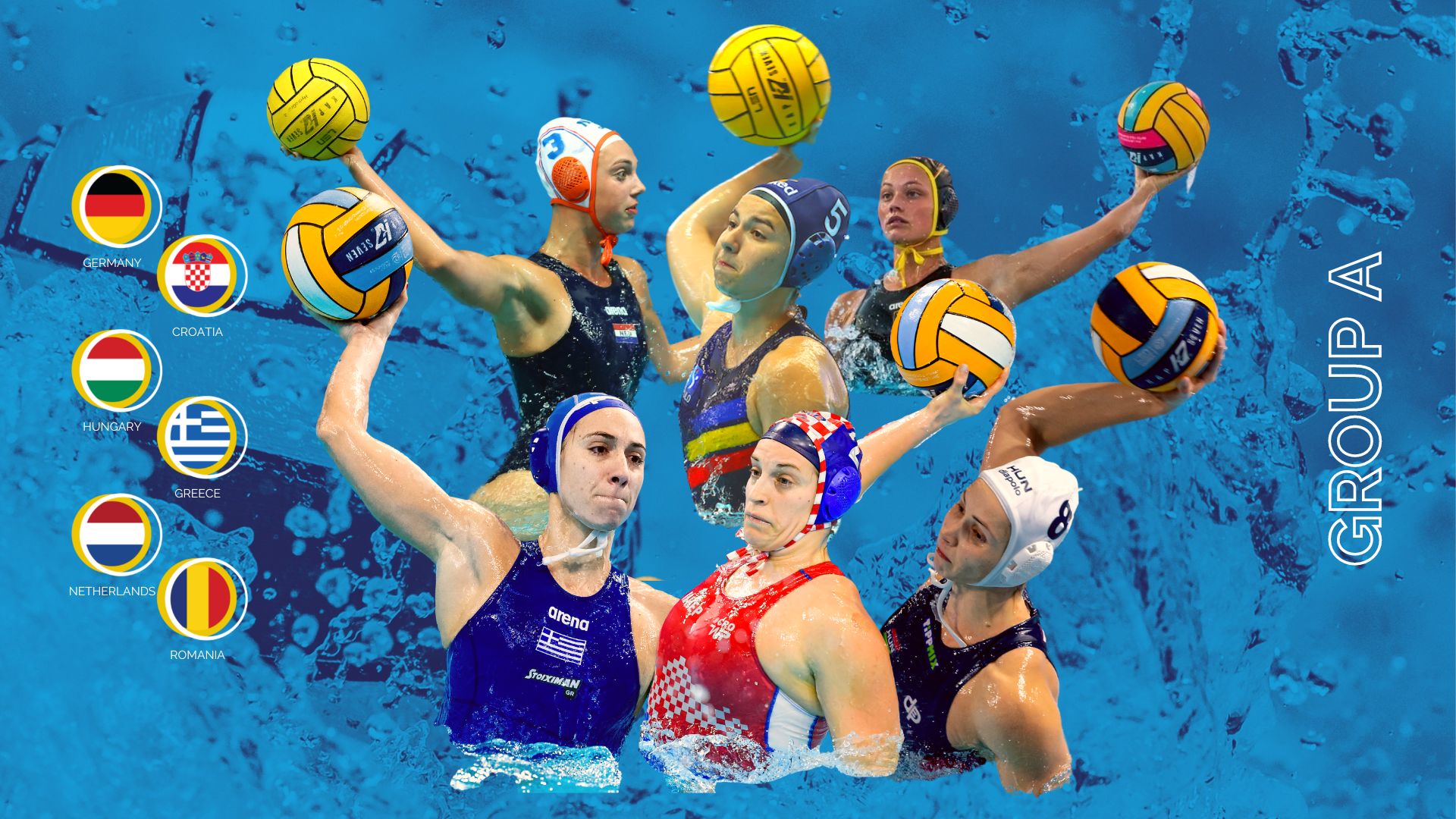 Meet the women’s teams – group A

Women’s water polo in Croatia has neither such a long history nor successes comparable to those of the men. The first more concrete steps in the development of women’s water polo in this country were recorded at the very beginning of the 21st century, and the last 10-15 years have seen intense activity.

The Croatian senior women’s national team made its first appearance at the 2010 European Championships in Zagreb when Croatia was the host. For the first time, Croatian women qualified for European competition via the 2016 European Championship qualifiers in Belgrade and then did the same for the 2018 tournaments in Barcelona and 2020 in Budapest, making the European Championship in Split the fifth overall and fourth in a row for this representation.

One of the teams that participate almost regularly in European championships. Of the 18 tournaments of this kind so far, the German women have even taken part in 17. Only the Netherlands and Hungary are better than Germany when it comes to the number of appearances of the women’s national team at European championships. The German women’s water polo team did not only compete at the 2014 European Championships in Budapest. Back then, they lost to France in the qualifiers.

Their greatest success is a bronze medal at the first women’s tournament in 1985 in Oslo, Norway. Germany regularly finishes between 4th and 8th place, the only exception being the last European Championships in Budapest when they only finished 11th after beating Serbia thanks to the better execution of the penalty shoot-out.

The German women’s team has qualified for the World Championships 6 times, with their best finish (6th place) coming in Madrid in 1986 and Perth in 1991. They come to Split with a fairly young team that they expect to peak after 2028. Sven Schulz, an experienced coach in women’s water polo, has led the team since 2020.

One of the strongest water polo countries in Europe and even in the world when it comes to women’s competition. This is not only true for the national team, but also the clubs, primarily Olympiacos from Athens.

The Greek female players have achieved great success and medals before their male counterparts and are even more successful than them. In women’s water polo, Greece boasts the title of a world champion (Shanghai 2011). At the 2004 Olympic Games in Athens, they won silver in front of their fans, which was logically accompanied by a big celebration. Basically, this success at the Athens Games was a kind of trigger for all the medals, successes, and great victories that followed.

Just like the men from the same country, the strongest team in European water polo, i.e. the national team with the largest number of medals. Record holders in several different categories. Together with the Netherlands, Hungary is the only national team that has participated in all championships, since the first one in Oslo in 1985.

In terms of medals at the European Championships, no one has as many as the Hungarian women. In the last 18 European Women’s Championships, they won 14 medals – 3 gold, 5 silver, and 6 bronze. They were European champions in 1991 in Athens, 2001 in Budapest, and 2016 in Belgrade. Only twice has this national team failed to reach the semi-finals – in Seville in 1997 and Zagreb in 2010, where they finished fifth both times. No other national team in Europe can boast of these numbers and successes.

At the Olympics, Hungary has been very unlucky in the women’s competition. At three consecutive Games, Beijing 2008, then London 2012, and Rio de Janeiro 2016, they finished 4th. At the last Olympics in Tokyo, they finally won their first Olympic medal, bronze.

Interestingly, they are not only successful in the World League, where they are still without a medal but even finished fourth four times. The last time was in January this year.

Dutch water polo is known in the world mainly because of the women’s national team. The Dutch team is one of the best in Europe and the world and has given water polo some of the best female water polo players in history. In many ways, they are similar to Hungarian women.

Their best result in the World League was a silver medal in 2018 in Kunshan, China, after a bronze medal in 2015 in Shanghai, China.

Split 2022 will certainly go down in the history of Romanian water polo, as it will be the first time that the Romanian women’s national team will participate in a European Championship. The team qualified for the tournament in Split based on the qualifying tournament held in Bucharest in February this year. At that time, Romania defeated Slovakia (9:8), Ukraine (17:9), and Ireland (15:4) and only lost to Germany (4:11). By winning second place, they earned their place in the Spaladium Arena. 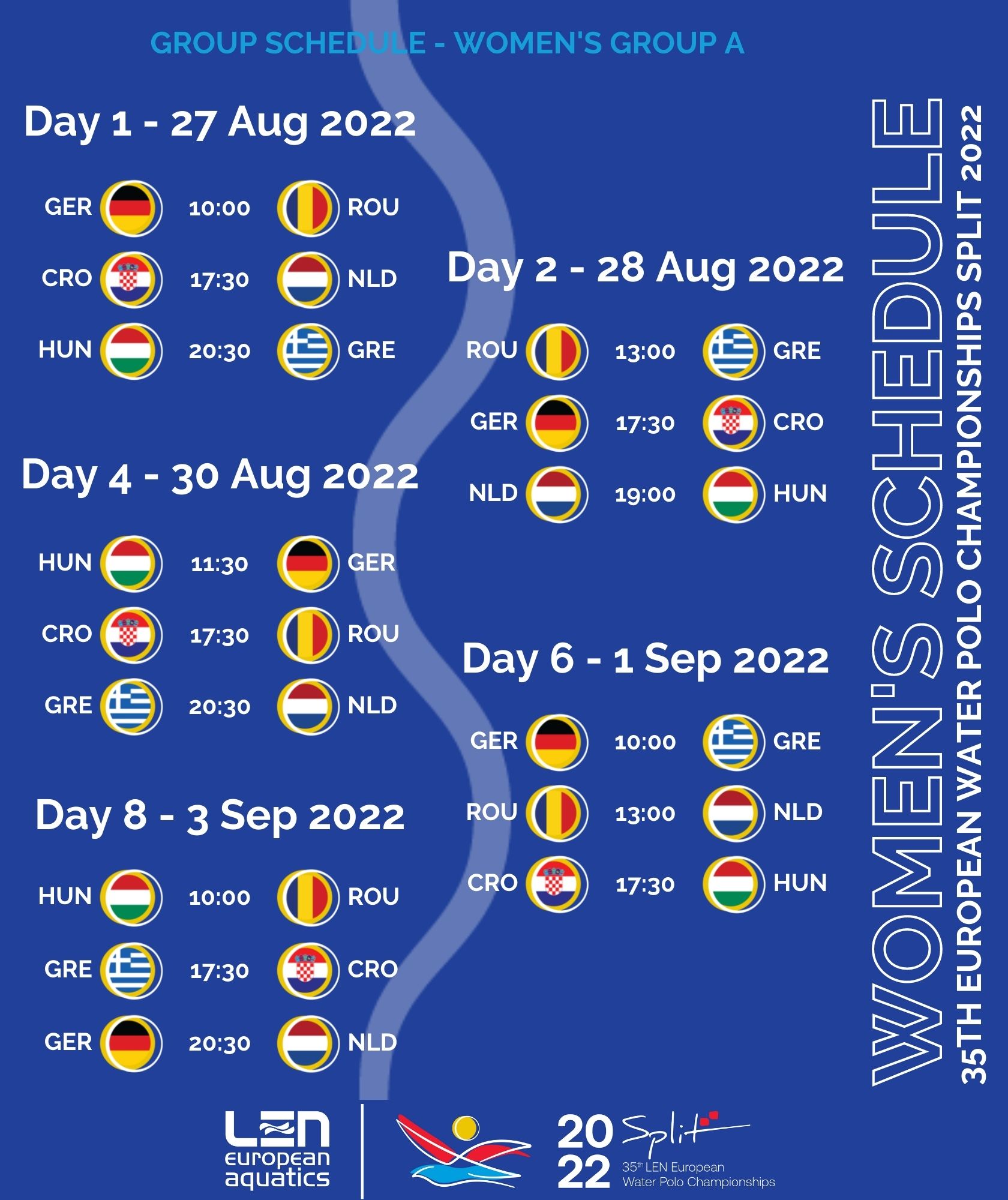