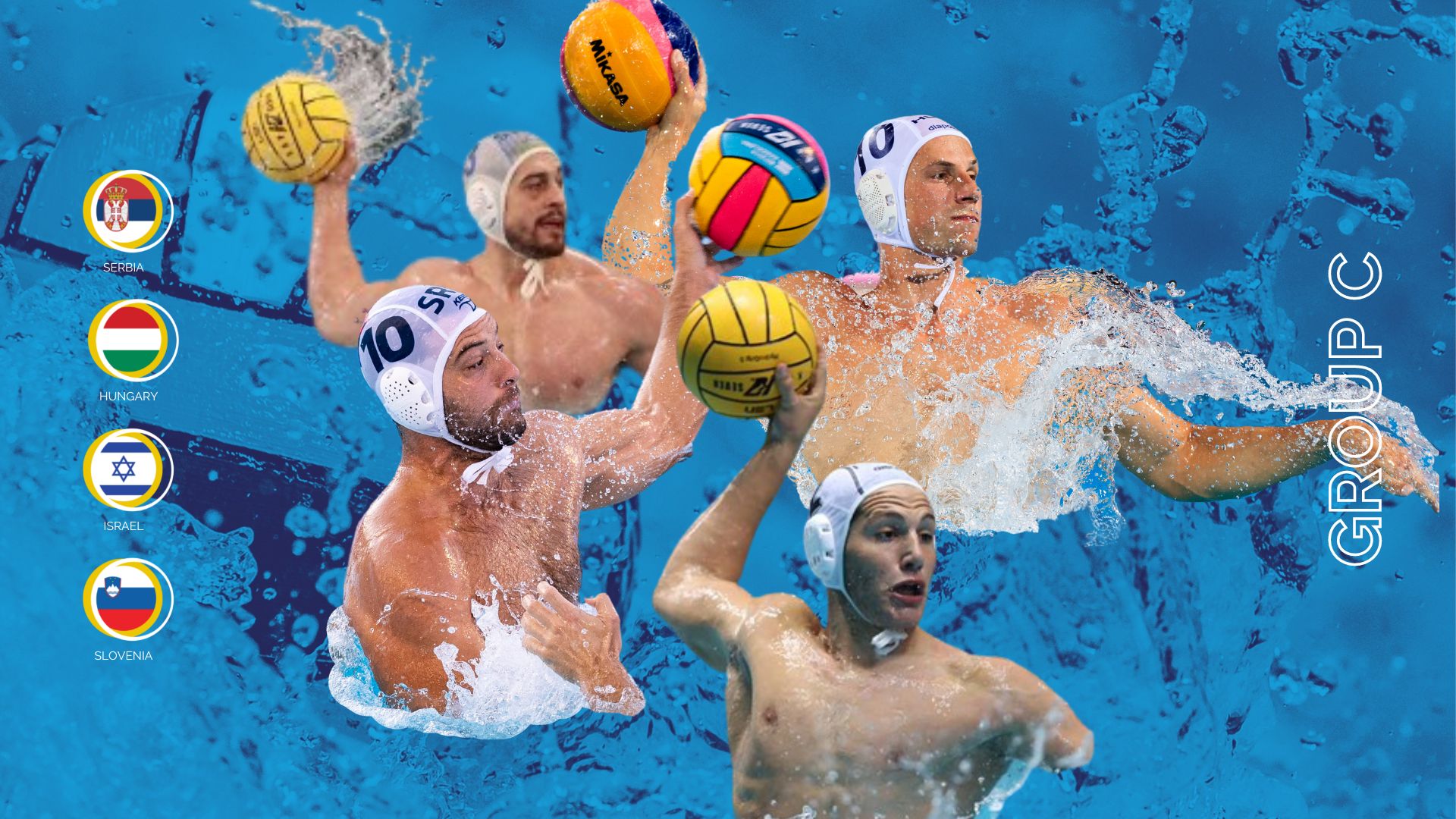 We present the participants of the 2022 European Championships in Split

Best. In Europe, they are unrivalled in a very tough competition, and this is best confirmed by the numbers. Hungary is the most successful water polo nation in the history of the European Championships. They have won 13 gold medals, 6 silver, and 6 bronze. In other words, out of the 34 European Championships that have taken place so far, they have won 25 medals! More than almost anyone else on our continent.

It is clear that Hungary is the country whose national team has played the most matches in the history of the European Championships, 220!

Hungary comes to Split as defending European Champions and will have a strong say in the fight for a place on the podium.

Another superpower, although it has only existed as an independent state under its current name since 2006.  In terms of water polo, however, Serbian water polo has an immeasurably longer and, above all, successful history. Just as in the case of Croatia and Montenegro, Serbian water polo players contributed to the great victories and trophies of the team under the name SFR Yugoslavia, until 1991 and the dissolution of that country. Three Olympic gold medals (Ciudad de Mexico 1968, Los Angles 1984, and Seoul 1988) and two world titles (Madrid 1986 and Perth 1991) deserve special mention. The gold from WC in Australia was the last medal won by Serbian, Croatian and Montenegrin water polo players together under the name of Yugoslavia. The title of European champion in Athens in 1991 was already won without Croatian players.

However, the end of the former Yugoslavia did not mean the end of water polo success in these territories and thus not in Serbia. In the 21st century, Serbia won no less than 26 gold medals! Serbia (then still under the name Federal Republic of Yugoslavia) took part in the European Championships for the first time in 1997 in Seville. At these competitions, they won no less than 7 championship titles (Budapest 2001, Kranj 2003, Belgrade 2006, Eindhoven 2012, and Budapest 2014). , Belgrade 2016 and Barcelona 2018). Serbia won European Championship silver twice (Seville 1997 and Malaga 2008), while they won bronze once (Zagreb 2010). Since 1997, Serbia has won a medal at the European Championships only twice – in Florence in 1999 and in Budapest in 2020.

Extremely impressive is Serbia’s series in the World League, where this team is by far the most successful. In the World League (until 20 July 2022), they have won no less than 13 gold medals, including 5 in a row (from 2013 to 2017). They have also won 1 silver and 1 bronze. In the first 19 editions of the World League, Serbian water polo players stood on the podium 15 times!

They come to Split as Olympic champions, with a much younger team than at the Tokyo Olympics, but still a very strong team and a contender for a medal.

Debutants in Split or at the European Championships. The Israeli men’s water polo team has never participated in the competitions of the best national teams on the continent.

The Israeli water polo players won their arrival in Dalmatia at the qualifying tournaments they hosted in Netanya in February this year. They finished second (behind the Netherlands) and ahead of Turkey and Ukraine. They lost to the Dutch (10:4) but won the other two key matches with almost minimal results but maximum celebration – against Ukraine 7:6 and Turkey 9:7.

In tennis terms, the Slovenian national team is a “lucky loser”. In fact, Slovenia qualified for Split because of the sanctions against Russia. The Slovenians finished third in the qualification group in Kranj behind the teams from France and Germany, but with the highest number of points, and have thus secured a place at the European Championships in Split.

So far they have only two victories in the European Championships. Apart from the aforementioned one against the Netherlands in 1999, the second victory was in Kranj in 2003, when they beat Germany 12:9 in the group. 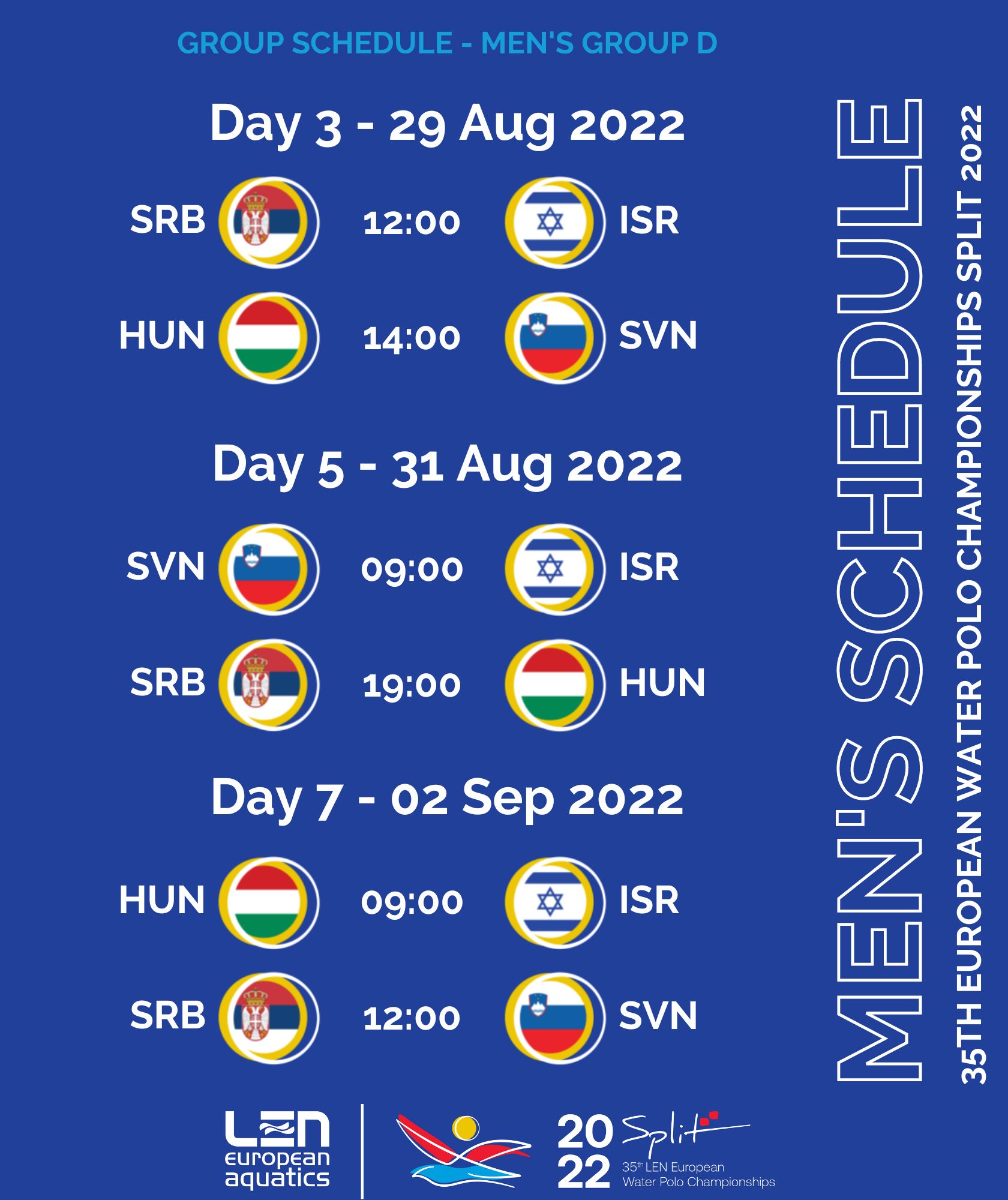