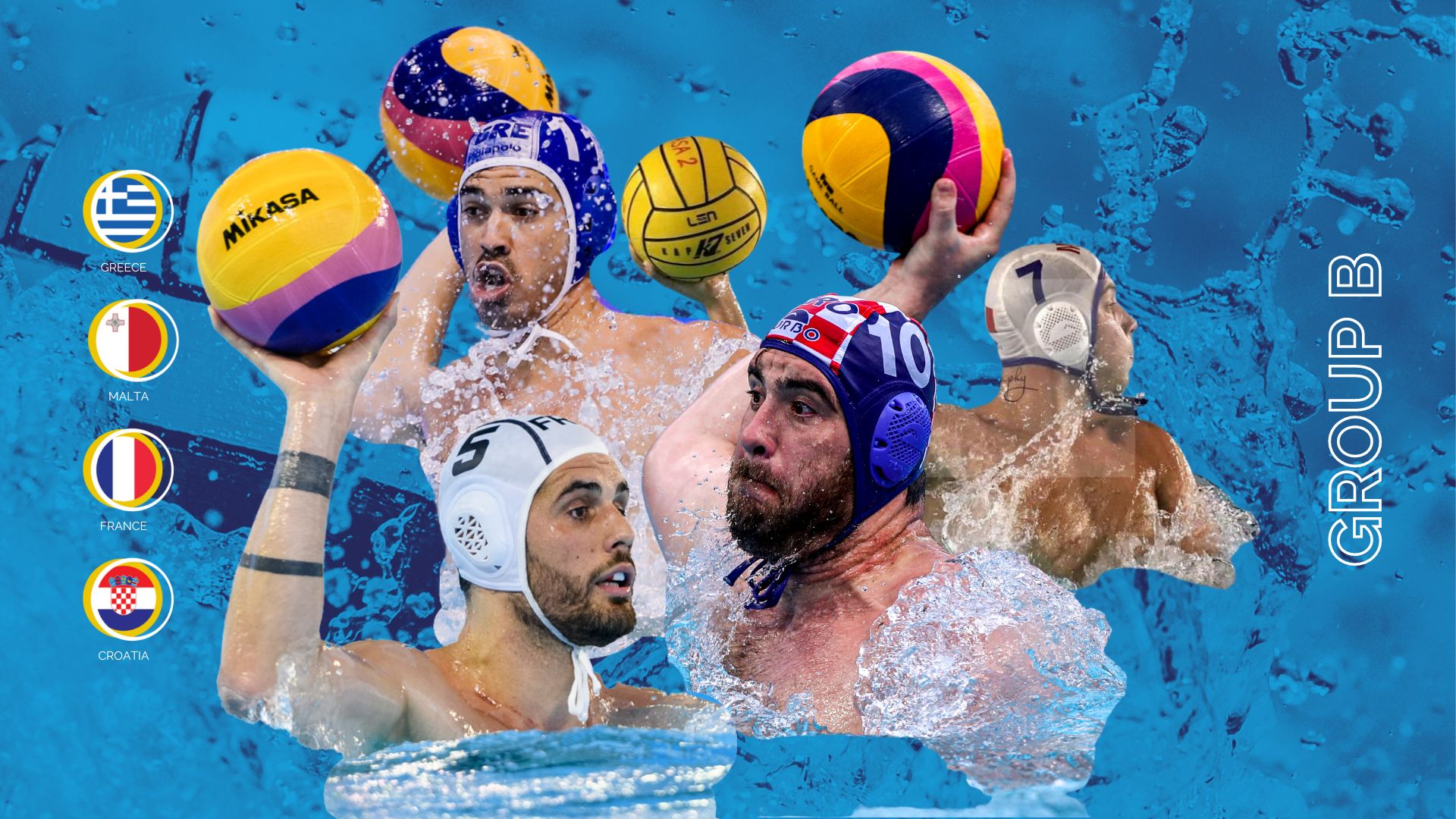 Meet the men’s teams – group B

We present the participants of the 2022 European Championship in Split

This year’s host of the competition of the best teams in Europe and for decades a team from the top of the world, a candidate for a medal in every tournament. The tradition of water polo and the success story of this sport in Croatia is much longer than the country’s independence. Therefore, it is impossible to conceal the importance and the role of Croatian players, coaches, and clubs in the successes in water polo even before Croatia’s independence. Players and coaches from Croatia played a really important role in all trophies and medals of the national team of the former Yugoslavia. From this period (until 1991), 3 Olympic gold medals and 4 silver medals, as well as 2 world championship titles and 2 bronze medals are worth mentioning.

Croatia was also successful in the World League, winning gold once (Almaty 2012), silver 3 times, and as many bronze medals. In FINA Cup tournaments they have won one silver (Oradea 2010) and one bronze medal (Almaty 2014).

The ratio at the European championships

Greece has been experiencing a water polo boom for a few years now, culminating in the 2021 Tokyo Olympics (officially 2020) when they won a silver medal, their biggest success at the senior level so far. Until then, they were the best at the 2004 Olympic Games in Athens (4th place). The silver medal in Tokyo is just a continuation, a logical consequence of the great results of the younger generations with whom Greece has won two junior world titles in recent years. These young men have matured in the meantime, and with the experience and undeniable quality of their older colleagues, Greece now has an extremely strong national team that can compete with the strongest teams in the world. In recent years they have regularly been contenders for a medal and there is no doubt that it will be similar in Split in 2022.

In addition to the greatest success, Olympic silver in Tokyo, Greece has also been very successful in the World Championships, where they have won three bronze medals so far. Interestingly, even two against Croatia. The first time in Montreal in 2005, when they won the medal with an overtime victory (11:10), and the second time this summer in 2022 in Budapest, when Greece again outplayed Croatia (9:7). In between is Kazan in 2015 when the Greeks also finished third. Incidentally, they almost made the Croats miserable then too, losing the semi-final to Croatia only by performing a penalty shoot-out.

In the early days of major international water polo competitions, France was one of the more respectable and stronger teams. After all, the French were Olympic champions in Paris in 1924, and bronze medallists twice – at the first Olympic water polo tournament, in Paris in 1900, and in Amsterdam in 1928. At the 2nd European Championships, held in Bologna in 1927, France won silver. Only Hungary was stronger at that time. But since the Amsterdam Olympics 94 years ago, the French have never climbed any of the podium steps. Not in any major international competition. They finished 6th in the European Championships three times in a row in the 1930s and fourth in the 1936 Olympics in Berlin. After World War II France only occasionally qualified for major international competitions, but always finished 10th and below.

In recent years, however, much has changed for the better in French water polo. There is a lot of investment in the clubs, the national championship has grown tremendously, even to the point that in 2019, for the first time in history, a French club won the European Cup competition (Marseille won the Eurocup). Today, the French national team has several great, world-class players. All this is largely a consequence of the fact that Paris has won the bid to host the 2024 Olympic Games. So, the French are making maximum efforts to significantly improve every sport in which they may not yet be among the elite. In water polo, they are undoubtedly succeeding.

A beautiful Mediterranean island country known in the world of water polo for its summer league. The national championship, which lasts a little over a month, often gathers many well-known names, big players from abroad, to play for one of the Maltese clubs for a summer.

The national team, however, has no particular record of success. The tournament in Split will be their fourth appearance overall, their fourth appearance in a European Championship, and they are still looking for their first win without a penalty shoot-out. In fact, the Maltese national team has not yet achieved victory in their 17 European Championship matches so far. At least not in 32 minutes. The only one they managed was in 2016 at the European Championships in Belgrade when they beat Turkey on penalties in the battle for 15th place. After 32 minutes, the score was 10:10.

Interestingly, at the 2018 European Championships in Barcelona, Turkey and Malta played again for penultimate and 15th place. Again, it was a draw (7:7), but then Turkey prevailed in the penalty shoot-out. What may surprise many is that Malta even participated in the Olympic Games twice! In Amsterdam in 1928 when they beat Luxembourg 3-1 and then lost to France in the quarter-finals (16-0). At the 1936 Olympics in Berlin, they participated for the second time and lost all three games. 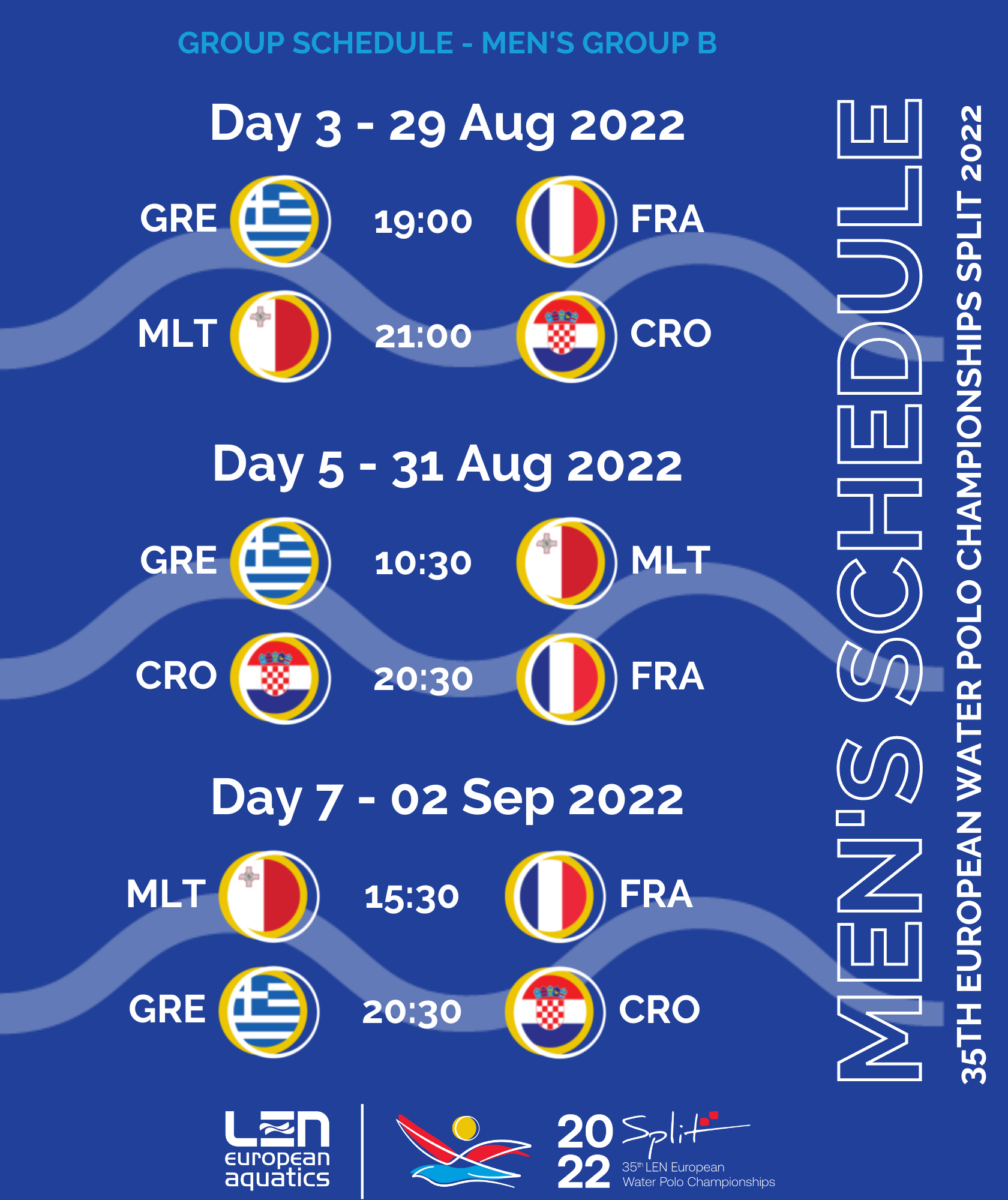