Meet the men’s teams – group A

We present the participants of the 2022 European Championship in Split

A small country in the south of the Adriatic, independent since 2006, but with a very long and rich history and tradition of water polo going back a century. The most successful Montenegrin club, Jadran from Herceg Novi, celebrated its 100th anniversary in the summer of 2022. At the time when there was still a country called Yugoslavia, Montenegrin water polo players also contributed to the great international successes of this country in water polo.

Since gaining independence, we can rightly call water polo the Montenegrin national sport. The water polo team of this country regularly participates in the Olympics, and indeed most Montenegrin Olympians play water polo. Montenegro recorded a notorious curiosity at the Olympics. Three times they came within millimetres of a medal, but all three times they finished fourth – Beijing 2008, London 2012, and Rio de Janeiro 2016. However, Montenegro’s greatest success in water polo, when it comes to the national team, was achieved precisely at the European Championships. It was in 2008 in Malaga, Spain, when Montenegro, as a debutant, ended up winning the gold medal and the title of European champion. It was the historic first European Championship title for a sports team from the newly founded state of Montenegro.

A year later, the Primorac water polo club from Kotor also won the European title when they defeated Pro Recco, who were very strong in 1999, in the final of the then Champions League Final Four in Rijeka, Croatia. As for the national team and their performances at the European Championships, Montenegro won three more medals after the gold in southern Andalusia. Two silvers in Eindhoven in 2012 and Belgrade in 2016. Both times Serbia was better in the final. At the last European Championship, held in Budapest in 2020, they won bronze by beating Croatia.

Montenegro also has a runner-up title. In the summer of 2013, at the World Championships in Barcelona, they won silver after Hungary defeated them in the final.

The superpower of water polo. A country that not only has a strong tradition and history and a strong national team, but also famous, big, and powerful clubs that are home to the best water polo players. Italy in water polo also means several dozen Olympic and world champions, members of the International Swimming Hall of Fame in Ft. Lauderdale, etc. The current runner-up (silver at this year’s World Championships in Budapest) is also one of the ‘veterans’ of appearing at continental tournaments. Italy first appeared at the European Water Polo Championships in London in 1938. It was the 5th European Championship at that time. Therefore, the appearance in Split in 2022 will be the 30th-anniversary tournament of the best in Europe, featuring the Settebello (seven of diamonds), as the Italians call their water polo players. The nickname came about after they won Olympic gold in Rome in 1960.

Italy has been European champions three times – in Monte Carlo in 1947, in Sheffield in 1993, and Vienna in 1995. Legendary Croatian coach Ratko Rudić led them to the last two European gold medals. Italy won silver twice – 2001 in Budapest and 2010 in Zagreb – and even bronze 6 times – 1954 in Turin, 1977 in Joenkoeping, 1987 in Strasbourg, 1989 in Bonn, 1999 in Florence, and 2014 in Budapest. In the Olympics, Settebello has won gold three times, and all three times in Europe (1948 in London, 1960 in Rome, and 1992 in Barcelona). The Italians won two more silver and three bronze medals at the Olympics. They have gone the farthest in the World Championships, winning gold – in West Berlin in 1978, Rome in 1994, Shanghai in 2011, and Gwangju in 2019. They have won three more silver medals (1986, 2003, and 2022) and one bronze medal (1975) at the World Championships. Since Alessandro Campagna took over as Italian national coach for the second time 12 years ago, Italy has very often been represented at least in the semifinals. More precisely, from the 2010 European Championships in Zagreb to the 2022 World Championships in Budapest, Italy has reached at least the semifinals 18 times in 23 competitions.

At first glance, it is a small or, in terms of water polo, “exotic” country. Water polo has a long history and tradition in Georgia. In the days when this country was part of the Soviet Union, which in turn provided an extremely influential, strong national team in water polo, some of the best players were Georgians. From Mihailo Giorgadze to Georgi Mshvenieradze, who was one of the best players in the world in his time. After all, they even won the title of European champions three times in a row (1983, 1985, and 1987). One of the best-known and best Georgian water polo players is certainly centre Revaz Čomakidze, who played for a long time in clubs in Italy and Croatia. After his playing career, he started his coaching career at Dinamo from Tbilisi and also led the Georgian national team. Dinamo from Tbilisi is basically the Georgian national team, which also includes some naturalised players from Croatia, Montenegro, Serbia, and Italy… Dinamo’s team also play in the Champions League, in which they won their first two matches last season.

Georgia’s first victory at a European Championship came at its second tournament, six years ago in Belgrade, when it defeated Turkey 12-11.

Slovak water polo players competed in European championships much earlier than many later major nations in this sport. 95 years ago, namely, at the 2nd European Championship, which took place in Bologna in 1927! Although under the name of the then country Czechoslovakia, but still, in a way, the Slovaks can be called pioneers of the European Championships, which not even many people know today.

After the breakaway from the Czech Republic, i.e. the declaration of Slovakia’s independence, this national team continued to participate in major water polo competitions, starting in 1993 with the championship in the English city of Sheffield. They did not win a single medal, but some of their results were noted. At the 2003 European Championships in Kranj, Slovenia, they finished 7th, which is their best placing to date. Two years earlier, they were on the verge of a sensation. In the quarter-finals of the 2001 European Championships in Budapest, they only narrowly lost to FR Yugoslavia (8:7). Recently, they have had weaker results, i.e. placings at European Championships. 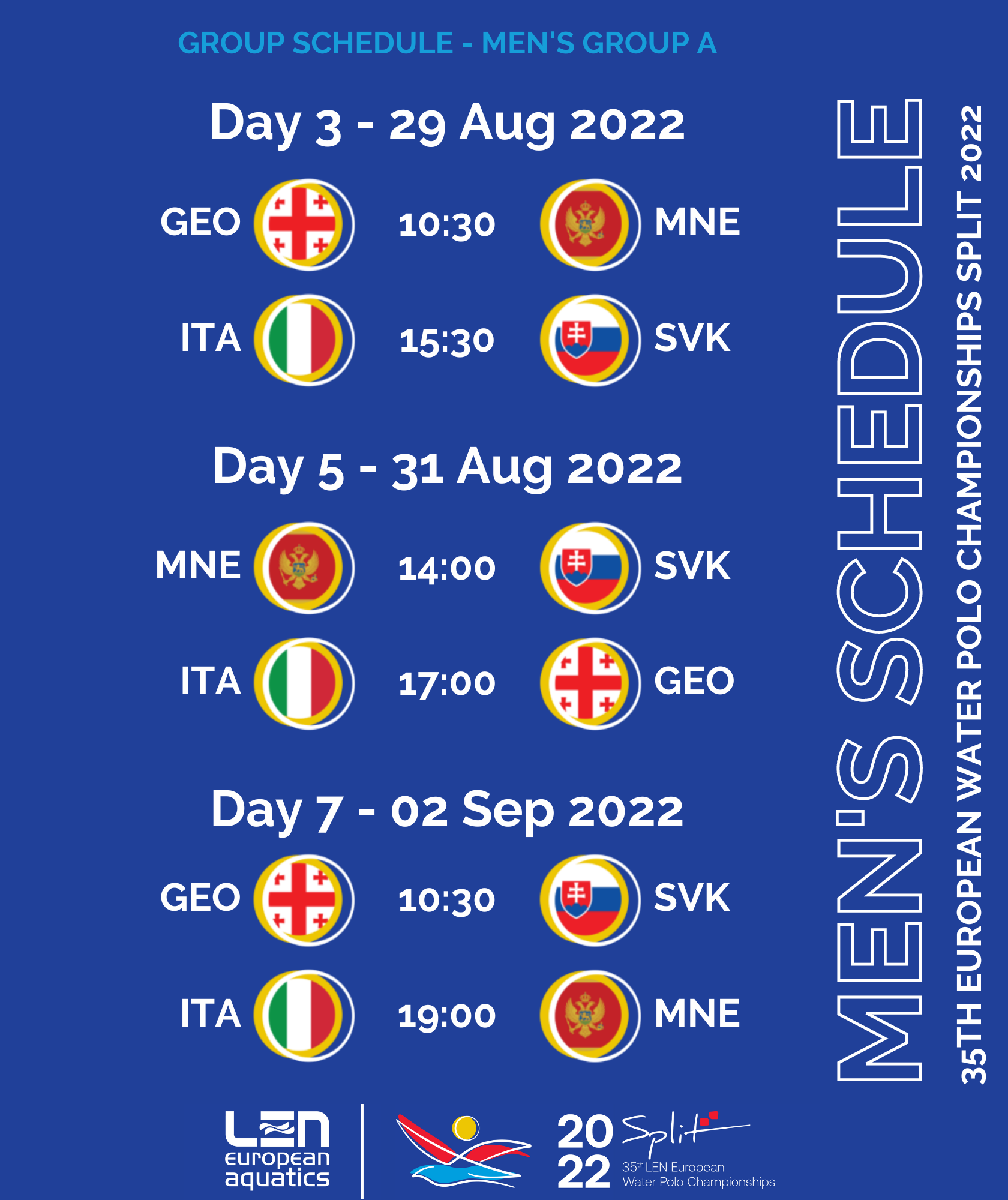