For the first time on Margaret Island (Margit Sziget)
After 32 years, the European Water Polo Championships returned to the country that has been most successful in the sport. After 1926 and the first European Championship held in the swimming pool of Csazsar (now Bela Komjadi), the competition was held for the first time in 1958 in the then famous and true temple of European and world water polo, on a river island in the middle of the Danube, Margaret Island. The capacity of the grandstand of the main pool was 6,600 seats.

Medical service and masseurs
Nowadays this is common practise, but this European Championship was the first time that the organisers provided medical service in all pools and even masseurs for the teams that did not have one.

A record number of teams
During the 7 days of competition (31 August – 6 September), no less than 14 national teams competed at the Margit Sziget Swimming Pool, which is the largest number of teams at the European Championships so far. Behind first-placed Hungary, there was silver for Yugoslavia and bronze for USSR. The top scorer of the tournament was the Hungarian Zoltan Domotor with 10 goals.

First European Championship under boycott
Originally, the largest number of teams was to take part in the European Championships in Leipzig, namely 17 national teams, but in the end only 11 came. At the same time, FR Germany, then still West Germany, boycotted the event in communist, East Germany for political reasons.

Only European Championship without a bronze medal
Hungary won gold for the seventh time. Silver, on the other hand, went to two national teams that both no longer exist, Yugoslavia and the Soviet Union. They had won the same number of points, the goal difference was the same, as was the mutual ratio (3:3), and it was decided to split two sets of silver medals. But that’s why there was no bronze either. The top scorer of the tournament was again Zoltan Domotor with 12 goals.

New rules
One year before Leipzig, in 1961, new rules were adopted. Thus, quarters now lasted 5 minutes, substitutions were allowed after a goal or in the breaks between quarters. It was also the first European Championship with plasticized balls and no longer with leather balls, which over time became water-permeable and thus even heavier. 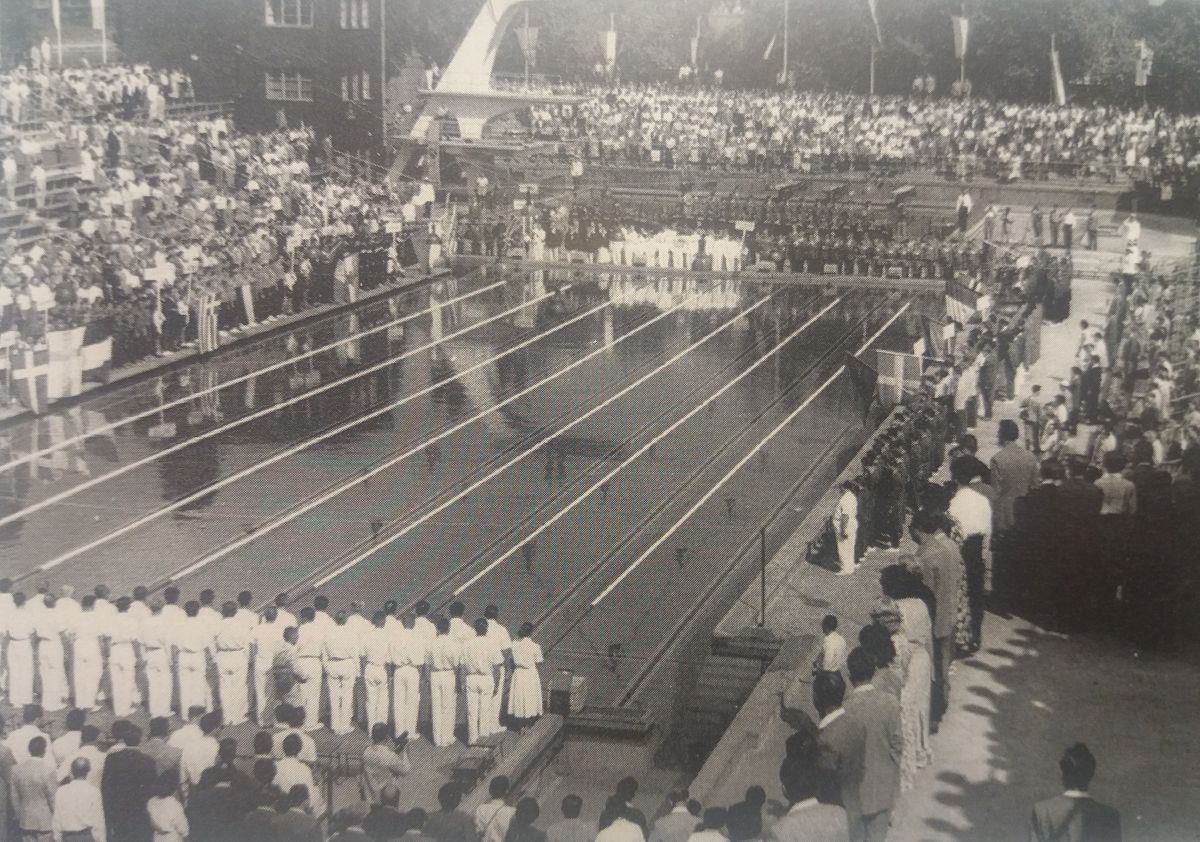 The Margaret Island in Budapest – venue of the 1958 European Champions